Written by on . Posted in Artist, Hasan Cem Araptarli

For Araptarlı, photography is a tool of survey and personal expression. Through photography, the artist discovers such conditions and feelings like alienation, loneliness, happiness or freedom in the contemporary world and demonstrates these to us. In his own words, touches men while shooting photographs. For that reason, works of Araptarlı are interesting not solely through their documentary character, but also in respect of reflecting sensations and feelings unique to art. While creating his works, the artist selects whatever is contrasting, and photographs places and people not in conformance with the lifestyles adopted by most of the world. At times, the contrast appearing on the composition of the photographs is converted into the reflection of the same idea from over the image. His photographs are documents evidencing existence of some other world. While exhibiting diversity, invites the audience to re-ponder on his/her own life. Is life actually as how we know it?

Written by on . Posted in 2017, Exhibition, Hasan Cem Araptarli, Solo

The artist, who received different prizes such as NEUTRAL DENSITY PHOTOGRAPHY AWARDS 2016, “1ST PLACE & GOLD STAR AWARD” and INTERNATIONAL PHOTOGRAPHY AWARDS 2016, “HONORABLE MENTION” for his book ‘’Water World’’ published in 2016, presented in his first solo exhibition some of the photographs included in his book, depicting the lives of communities living on water at various parts of Myanmar, Cambodia and Malaysia, totally contrary to the contemporary world we are living in.

Hasan Cem Araptarlı described the exhibition briefly in his own words as follows:
“How can people who have nothing be happier than me?” Asking this question, he creates the blessed doubt in our souls. A doubt that our lives cannot be all that is offered to us by the decision makers. Pictures reflecting the simple lives of people living on water in various parts of Myanmar, Cambodia and Malaysia onto our modern lives, whose frames we build around our endless ambitions…

Hasan Cem Araptarlı narrates with his photographs topics such as the complexity of life offered us by modern world system, man estranging, solitude, happiness, freedom. 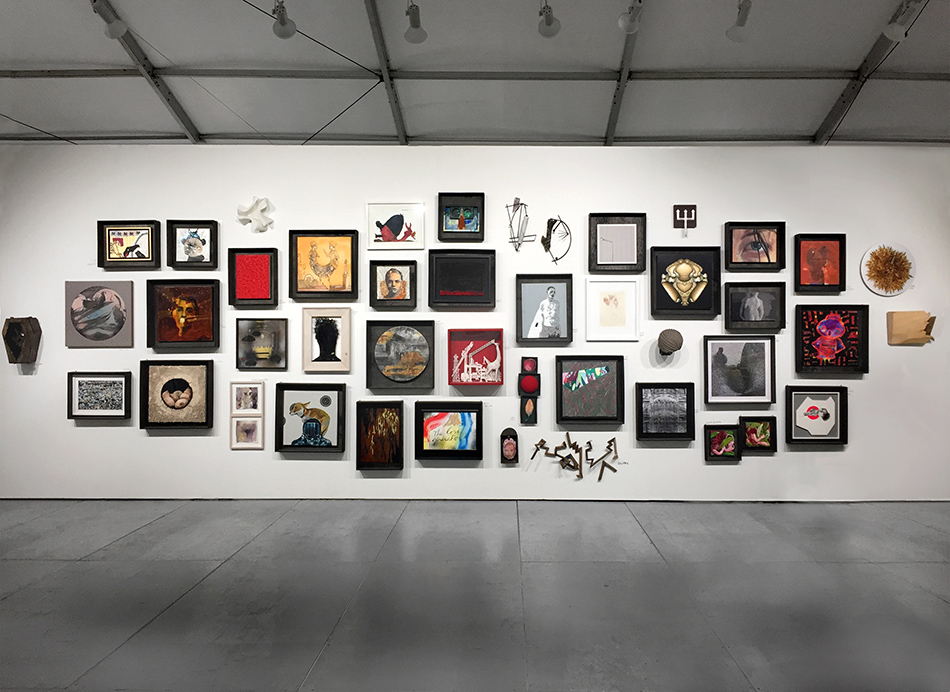 Çağla Cabaoğlu Gallery took part at Scope Miami Art Show between November 29 and December 04, 2016 with an installation of 9×3 m titled “Istanbul’s Cabinet of Curiosities”, comprising of the works of 42 contemporary Turkish artists.